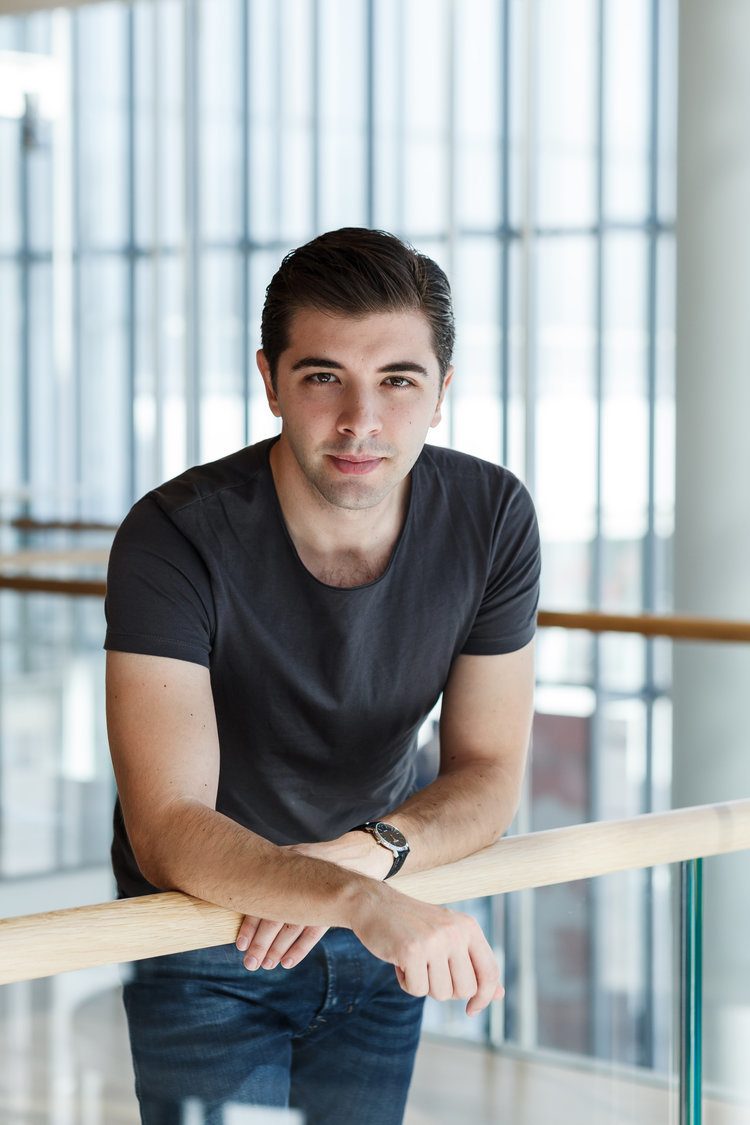 Hailed by “Die Welt” as “one of the most promising stars of tomorrow”, Greek conductor Dionysis Grammenos joins us for the first time as conductor of the 2019 Ingenium Academy Orchestra.

This season sees his return to the Canadian Opera Company in Toronto, to work with Johannes Debus on a production of Eugene Onegin. Grammenos also returns to the Thailand Philharmonic Orchestra with a programme including Brahms’ Second Symphony and Elgar’s “In the South”. Further ahead in 2019, he will assist Christoph Eschenbach at the Konzerthausorchester Berlin on Mahler’s 8th Symphony during rehearsals for Eschenbach’s inaugural concert as Music Director.

Initially trained as a clarinettist at the University of Music “Franz Liszt” in Weimar, Grammenos was chosen “European Young Musician of the Year” by the European Broadcasting Union. As a soloist, he has worked with orchestras such as the Vienna Symphony Orchestra, Norwegian Radio Symphony Orchestra, ORF Radio Symphony Orchestra, Maggio Musicale Fiorentino and the Royal Northern Sinfonia and has performed at venues including Carnegie Hall, Concertgebouw Amsterdam, the Barbican London and the Philharmonie Berlin.