Ralph has just left his position of Precentor and Director of Music at the prestigious Eton College which he has held for 26 years to pursue his freelance activities.

Ralph is a judge for the Llangollen International Eisteddfod and is a regular visitor to several Welsh choirs, including the National Youth Choir of Wales, which he will be conducting this year. He founded the Eton Choral Courses and the Rodolfus Choir, and has led choral courses and workshops all over the world. He will continue as Director of the Eton Choral Chourses. In 2002 he was made Honorary Fellow of the Royal School of Church Music and in 2003 and Honorary Associate of the Royal Academy of Music.

We thoroughly look forward to welcoming him to the Ingenium Academy this summer!

"Ralph Allwood, the finest trainer of young choirs in the country today "... The Times, London 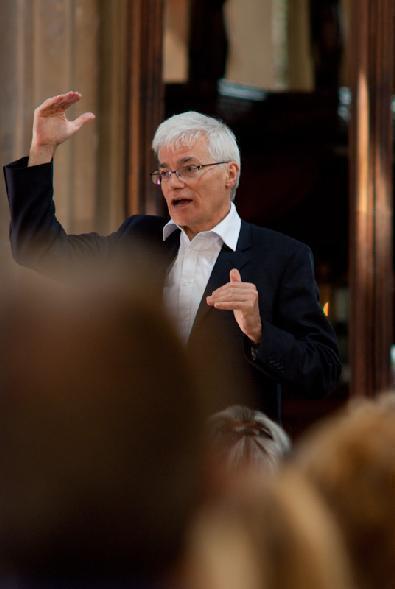