What does it mean to be a composer today?

Ask most people to name any famous composer and they will probably say Mozart or Beethoven – but new music is written every day, by brilliant living composers all over the world. How has the role of the composer evolved over time?

Interested in studying composition? Join our Composition programme online this summer to learn from top British professional composers - and meet young composers all over the world!

Much of the music we hear in classical concerts was written hundreds of years ago, by composers who lived very different lives to what we know today.

In the modern age, being a composer is a varied and highly versatile career that can include everything from writing opera and concert music to outreach and community projects, or music for television and film. Composing can be enriching, challenging and rewarding - but how has role of the composer changed throughout history?

The first classical composers were usually in the employment of the church, the monarchy, or a wealthy aristocrat who acted as their patron. Patronage meant that the composer was employed privately, which gave composers a living wage but meant that they often had comparitively little creative control because they had to write music that suited their patron's taste.

Towards the end of the 18th century however, society was changing. Composers began to pursue more independent careers, selling and promoting their published work. Patronage was still common, but composers were given more creative freedom. Composers finally began to be recognised as artists in their own right.

Mozart's "Eine kleine Nachtmusik" was most likely comissioned by an aristocrat for a private performance, although its exact premiere is unrecorded. It was not published until after his death, yet today is among the most-performed classical works.

In the late 18th and 19th centuries, the composer's reputation grew. Many of the great composers from this time made their names as famous virtuoso performers, and gave international concert tours.

Franz Liszt, for example, was a true celebrity in his time. Long before the first pop star, the term 'Lisztomania' was used in 1844 to describe his adoring fans, and his virtuoso piano playing earned him fame across Europe.

Virtuoso composers were not confined to the 19th century. George Gershwin wowed audiences with his piano playing, which also helped to showcase his compositions. Here he plays 'I Got Rhythm' at the opening of the Manhattan Theatre in New York, August 1931

As the the 20th century began, opportunities for composers became increasingly diverse. The arrival of radio and cinema offered the chance to write music for new mediums and audiences, and a new source of income.

In search of stability, composers took up positions at universities and conservatoires. They received commissions from increasingly independent sources like trusts, foundations and public bodies. This financial security gave them greater creative freedom, and they were able to take risks and try more subversive ideas.

By 1926, composer Arnold Schoenberg had dispensed with conventional harmony altogether, which opened up infinite possibilities for new composers to experiment with sound.

The freedom to compose more adventurous music sometimes came with risks - when Dmitri Shostakovich's opera, 'Lady Macbeth of the Mtsensk District' premiered, Stalin denounced it as 'Muddle instead of Music' in the national magazine Pravda, and Shostakovich feared for his life.

During the mid-late 20th century, music became more and more experimental, and increasingly marginalized to a more academic audience. Composers disagreed on the direction modern music should be taking, and would meet and discuss artistic ideas. Different 'schools' of thought began to appear with radically different styles, from Steve Reich's minimalism to Helmut Lachenmann's intense complexity.

At the same time however, composers continued to diversify their talents, writing everything from contemporary opera to music for mainstream television and film. Composers of all kinds, from purely experimental artists like John Cage to neo-classical experts like Francis Poulenc, flourished in their respective fields.

20th-century Hungarian composer György Ligeti's music is intensely complicated, painting unique and unearthly soundscapes. Works like his Requiem (for choir & orchestra) are equally at home in the concert hall, or on film - such as in Stanley Kubrick's masterpiece "2001: A Space Odyssey"

Work for composers can also extend beyond just composing. Arranging and orchestration, for example, are good areas of work. Many successful composers have careers that include performing and conducting, and throughout history even the most famous composers have complemented their careers with teaching (Liszt had 400 piano students!). 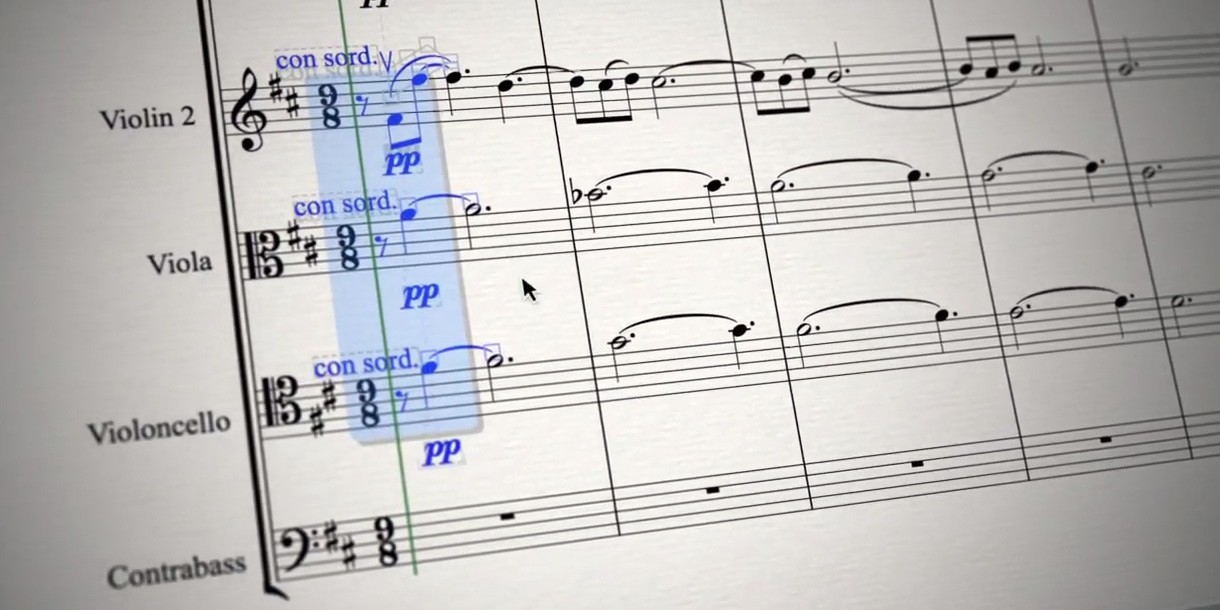 Most composers will find they travel a lot, both nationally and internationally, and working on commissions will mean getting used to a constantly changing work pattern. This also means that composers today are effectively entrepreneurs, who spend a good portion of their time promoting themselves and their music, networking, coming up with ideas for projects and applying for funding. 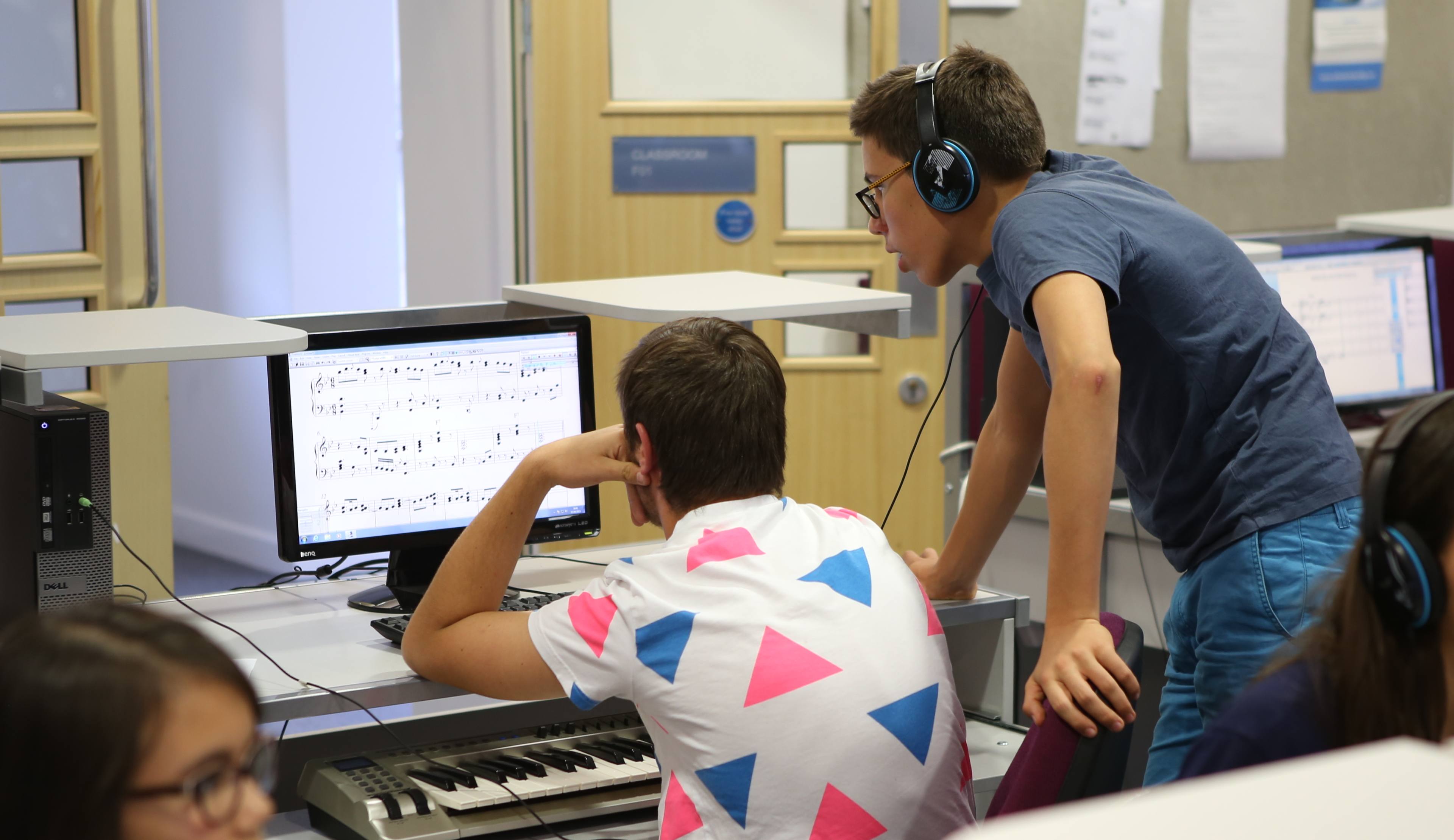 Should I be a composer?

A career as a composer requires study, dedication, independence, and above all a passion for writing music. It can be a truly exciting and rewarding career that can take you all over the world.

It’s not always necessary to make the choice to be a composer full-time, and plenty of musicians who are primarily performers have successfully published their own music, from classical baritone Roderick Williams to Radiohead’s Jonny Greenwood. You don’t even have to be a full-time musician, either – at the start of his career Giuseppe Verdi was a politician and successful farmer, and Charles Ives was an influential insurance salesman throughout his life, composing in his spare time.

In other words – if you enjoy writing music, do it as much as you like! You never know where it may take you.

Would you like to spend you summer writing music?

Our Composition Programme is for young composers aged 14-18 who want to spend an intensive week learning and building on their composition skills, with world-class tutors in an immersive musical environment. Get in touch for more information, we’d love to hear from you. 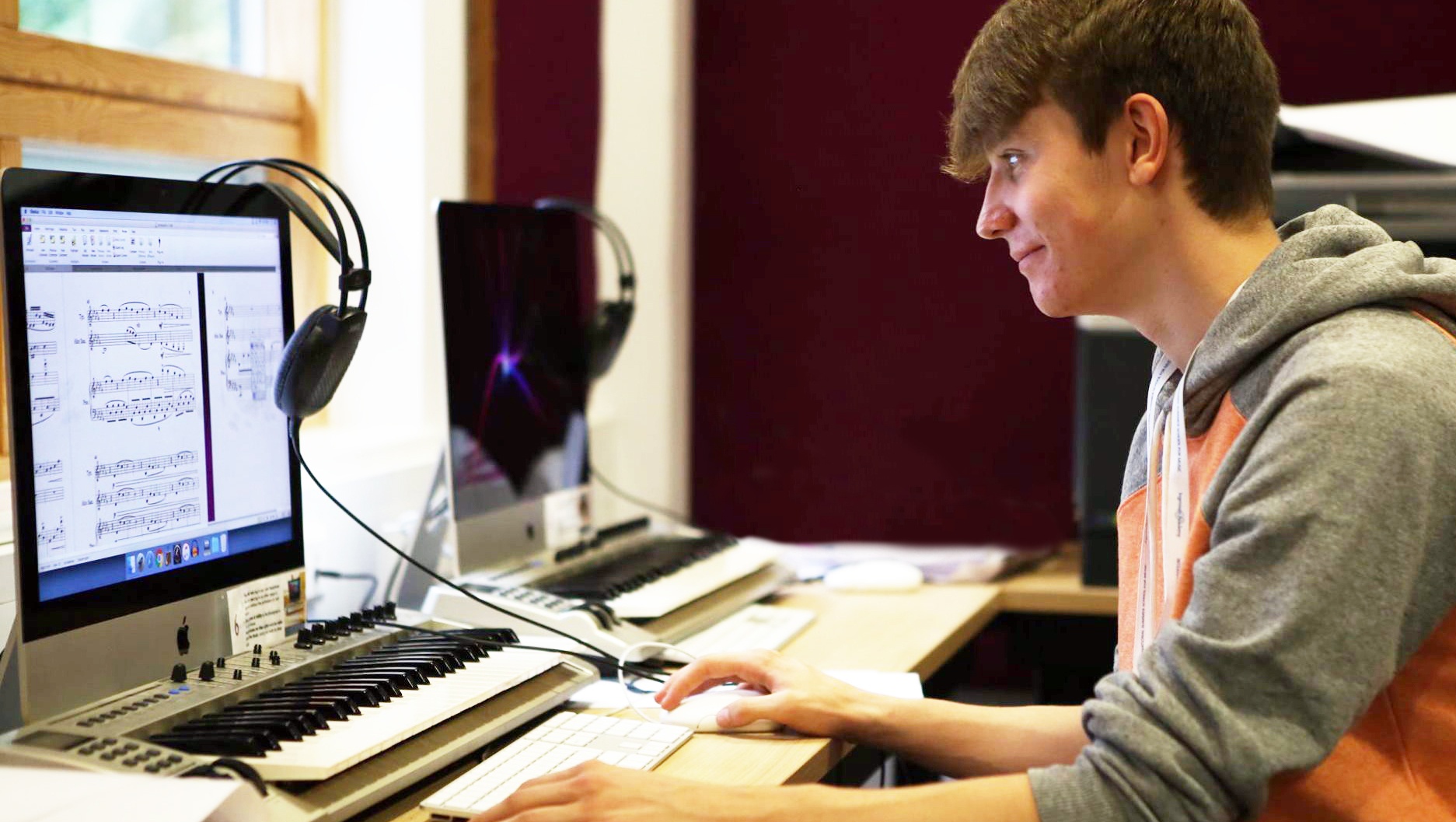 Study with some of the UK’s foremost composers, musicians and specialist teachers - and meet other young composers around the world! 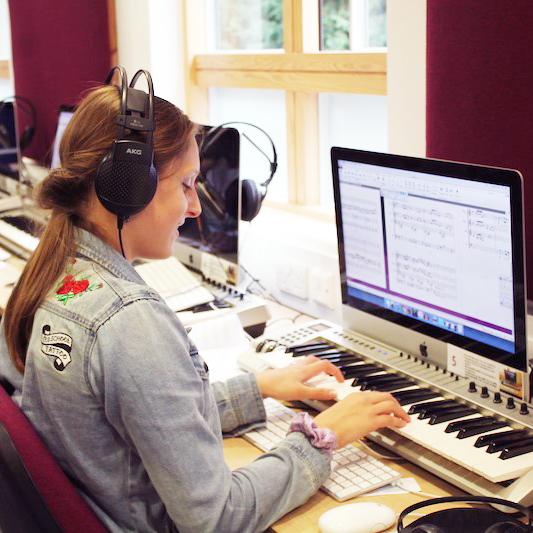 Our composition programme is for talented young musicians with a passion for writing and discovering new music. 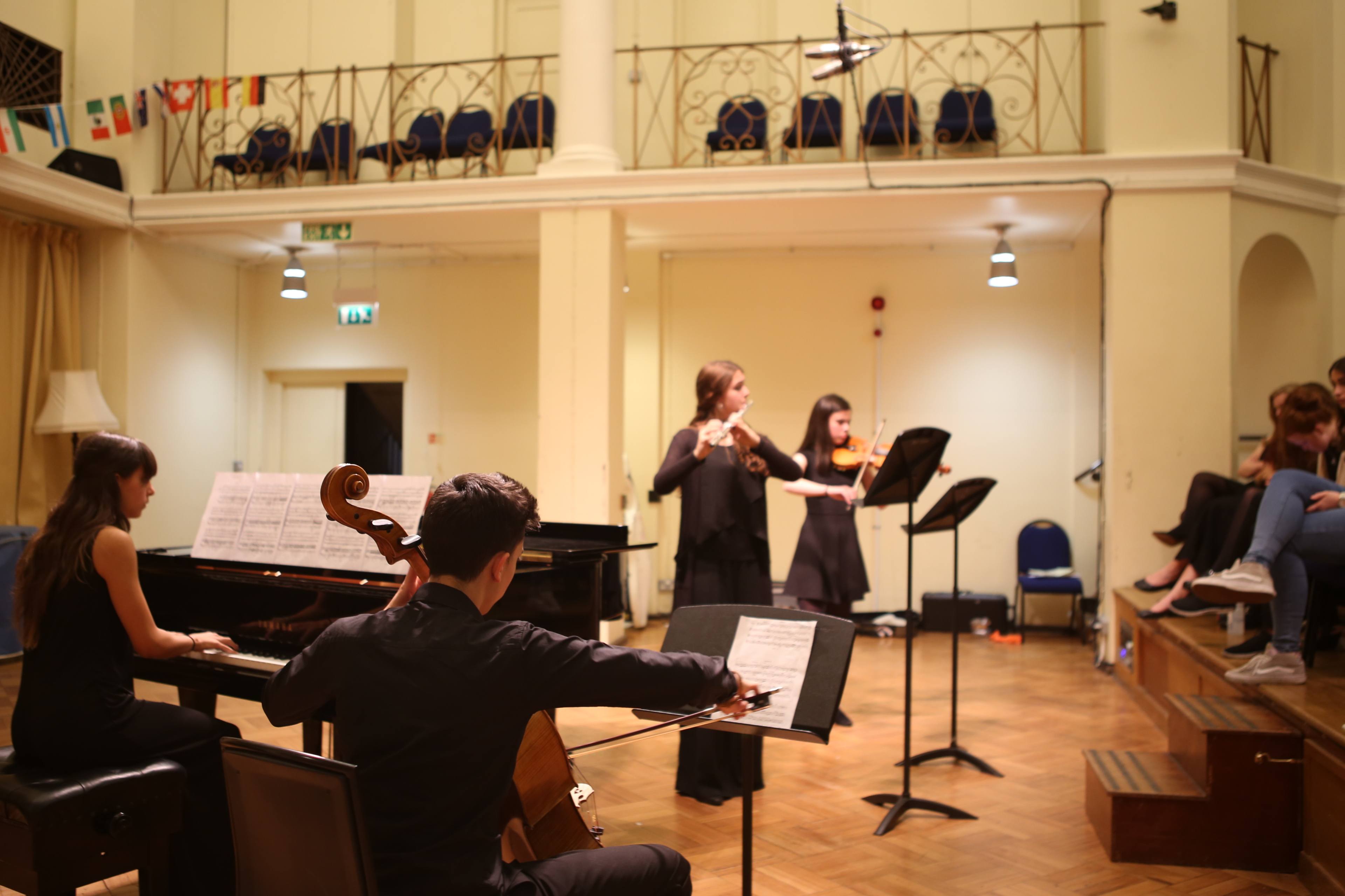 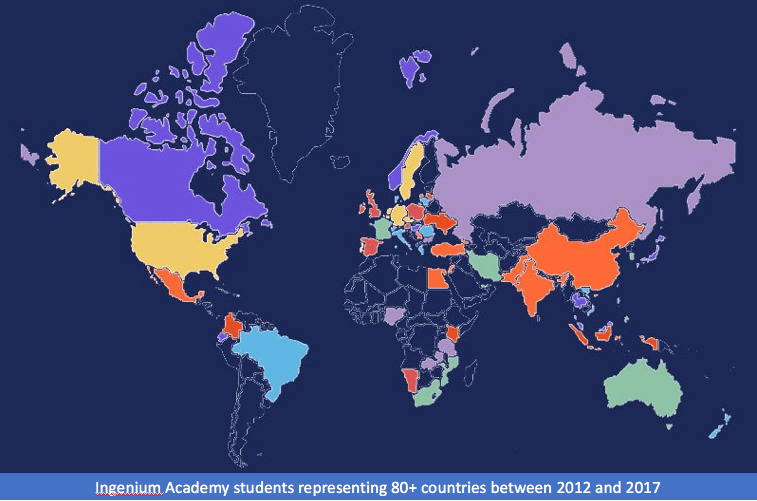 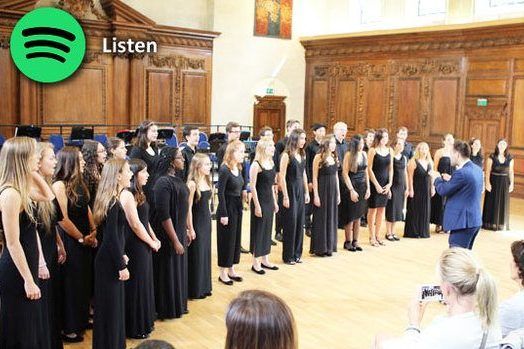 Listen to our 2017 Concerts Playlist