What a beautiful day! Spring is here in the UK, and to celebrate this wonderful season we've put together a playlist of five Spring-themed pieces to enjoy.

Aaron Copland is regarded as a pioneering figure in American music. He studied in Paris in the 1920s, but back in the USA he combined modernism and jazz with simple harmonies, folk melodies and bright orchestration to create his characteristically American style. The orchestral suite from his ballet Appalachian Spring begins with peaceful contemplation but has some lively and joyful melodies, ending with the Shaker hymn “Lord of the Dance”.

Schubert's Im Früling is a bittersweet song about lovestruck Springs past, but its longing and wistful quality somehow conjures the quiet wonder of a clear spring day in the counryside.

Le Sacre du Printemps, or "The Rite of Spring" is undoubtedly Stravinsky's most well-known work - and what a piece it is! Composed for the Ballet Russes, it invokes a primitive scene of ritual and sacrifice, music with such ferocity that its première caused a riot in the theatre. But it is filled with beautiful and reflective moments, and some of the most exciting music ever written.

Robert Schumann was a German composer in the early 19th Century, and one of the great figures of music’s Romantic era. Schumann is best known for his lieder (German songs for solo voice and piano), but he wrote this symphony the year after his marriage to his wife Clara, who encouraged him to write orchestral music.

Finally, what spring playlist would be complete without Vivaldi's "Spring" from his Four Seasons! One of the most famous classical pieces of all time, in "Spring" Vivaldi invokes all the wonderful things this season of new life has to offer. 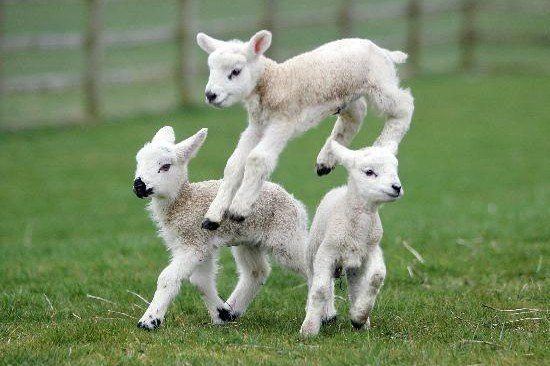